Iranian kiwi or Hayward kiwi is one of the most famous varieties of kiwi in the world.

Northern Iran is the center of kiwi cultivation, which in addition to domestic consumption, is also exported to other countries.

Provinces like Mazandaran, Gilan and Golestan have the biggest production of Kiwi, making Iran the fourth largest producer of Kiwi in the world.

Kiwi fruit can be classified to A-F grade according to their size and weight.

In addition to Asia, Iranian agricultural products are also sold in Europe and Africa. 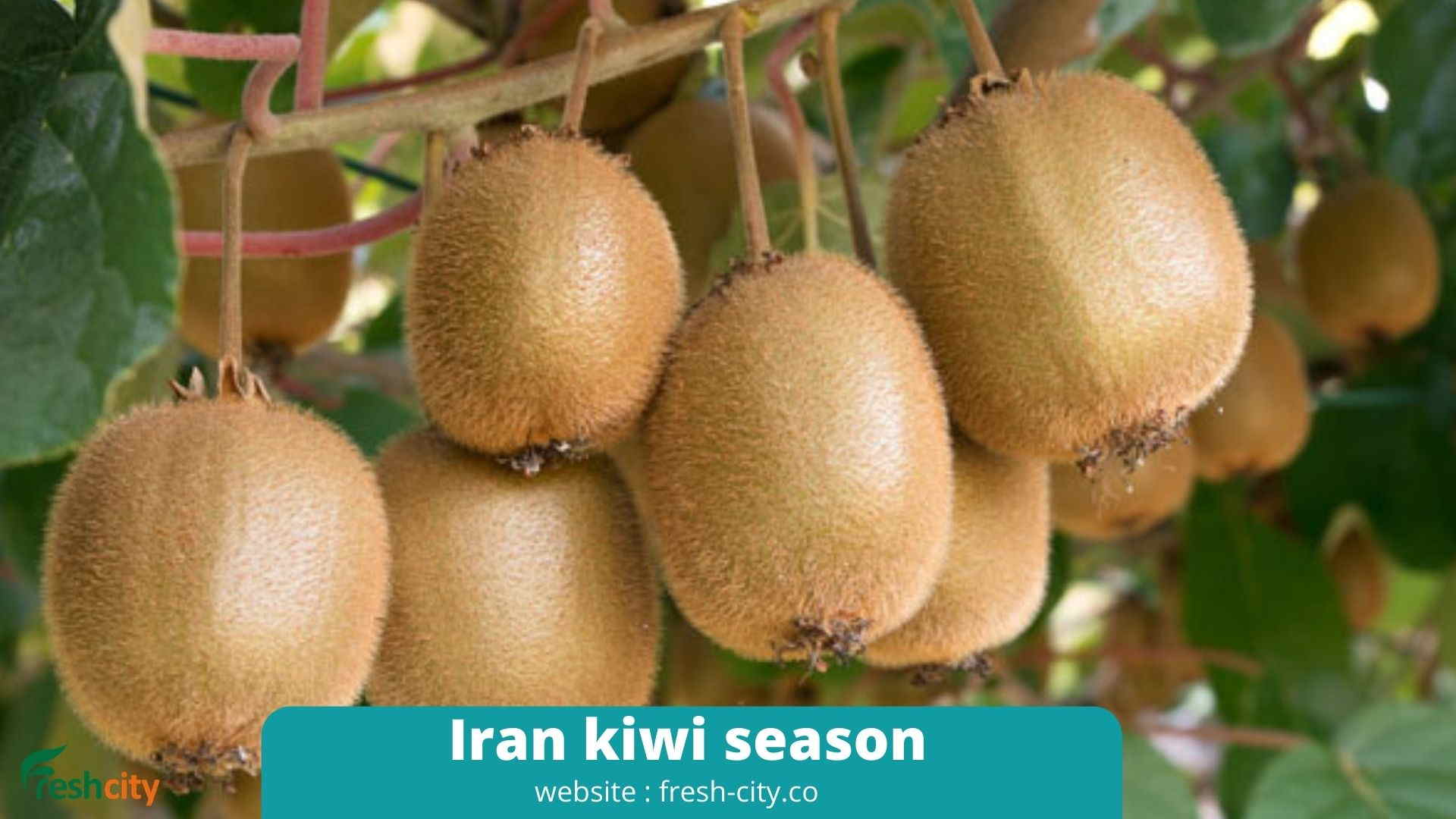 Hayward Kiwi is harvested normally in September and October but for preserving its quality, suppliers in some cities store it in the cold storages up to early spring.

Kiwi trees usually begin to bear fruit 3 to 4 years after planting in the mainland and reach full fruiting at 8 to 10 years of age. Kiwifruit yield can reach an average of about 25 tons per hectare, but in some cases 50 tons per hectare has been harvested. Kiwi fruit can be harvested in East Mazandaran from early December, but in Astara region it arrives fifteen days earlier than East Mazandaran. In northern Iran, the fruit can be kept on the tree until the leaves fall, i.e. December 15, but after that date risk of bird attack and cold storage of fruit is not recommended. This fruit is not very popular in Iran at the time of harvest and it is a little hard and sour and should be kept in an environment with a temperature of 15 degrees Celsius for at least a week, then consumed.

Green kiwi is very sensitive to air conditions so it should be noted that a special situation is needed for long-term kiwi preservation. The best temperature for preserving Green kiwi/Hayward kiwi is 0 degree.

Due to sensitivity of Green kiwi, for preventing it from getting spoiled it must be transferred in refrigerated containers and for long time maintenance it should be kept in a cold and dry place.

Green kiwi/Hayward kiwi can be kept for 6 months after harvesting, if the storage conditions of this fresh fruit are observed completely.

Mechanized harvesting of kiwi fruit is not yet common. In the traditional method, the harvest is done in two turns, in the first time larger fruits are picked, in which case the smaller fruits for the second harvest grow and become larger. This fruit should be transferred to the refrigerator as soon as possible after harvest. Before transferring it to the refrigerator, the fruit heat should be reduced a bit. Therefore, the harvested fruits are immediately washed in water and disinfectants to reduce some of their heat and are ready to be transferred to the refrigerator. Washing the fruit, in addition to cooling it, removes a large amount of dust and pathogens.

Fresh City Company with having mechanized fruit grading machines and equipped cold storages is one of the biggest suppliers of Kiwi. This company is fully prepared and ready to provide different types of Kiwi in packages according to the customer’s demands in shortest time with high quality and competitive prices.